Jet Airways, yesterday, entered a holding pattern, as an emergency funding of INR 1,500 crores was approved following the exit of Naresh Goyal from the board of the airline. Jet Airways was in a downward spiral, with most of the operational fleet being grounded in the past two months. As of March 25, 2019, Jet Airways had an operational fleet of just 36 aircraft out of 114 aircraft. Here is a list of all the grounded and repossessed aircraft.

The funds will be infused this week and will be used to pay salaries of pilots, dues of lessors and other creditors such as airports and lounges. It was also mentioned somewhere that grounded aircraft will be back in the air soon. But will it be easy?

Perhaps not. As you all know, we have been keeping track of routes that are cancelled following the groundings of aircraft for quite some time now.

Jet Airways has reopened booking for most of these routes. but not immediately. Let’s have a look at what the international operations for Jet Airways seem to look like in April/May 2019.

This schedule requires 8 Boeing 777-300ER aircraft and is an ideal usage of the fleet.

This schedule requires around 4 A330 aircraft ideally. The routes that are missing in the summer schedule, operated in the winter schedule, are Mumbai – Manchester, Mumbai – Singapore and Mumbai – Doha. I couldn’t find any domestic routes being filed for the A330 operations, so we don’t know what Jet Airways has in store for the freed up A330s.

The Mumbai – Manchester route which was cancelled, isn’t bookable yet, but Jet Airways still holds the slots at Manchester airport for the 2019 Summer schedule. They have mentioned that they are cancelling the route due to lack of aircraft.

Jet Airways cancelled a lot of narrowbody international routes especially out of Delhi which was affected the most. Jet Airways has opened up reservations for almost all routes cancelled in the past few weeks out of Mumbai. Well, we knew that would be the first step in order to protect those precious slots at Mumbai.

Jet Airways has clearly given preference to Mumbai routes as not all other international routes are bookable yet. Ongoing through Jet Airways, I could find that the following cancelled routes are not bookable even in May/June 2019, Jet Airways has opened up bookings for most of the cancelled routes from April 26, 2019. The following routes (some were cancelled altogether) will see the reduced frequency in April/May 2019, The schedule is dynamic for now. Jet Airways may come out with a concrete plan to restore flight operations in a few days as funds start coming in.

Why not return to full-scale operations?

We already knew that Jet Airways will be redelivering a few aircraft as their leases come to an end. A few aircraft are already handed back, if you look at the table, and some more will go away perhaps.

IndiGo is facing a pilot shortage. According to reports, about 100 pilots have already moved from Jet Airways to IndiGo. As per Ajay, some A330 pilots he knew of have also shifted to IndiGo. Maybe that is the reason for reduced A330 operations. Since many A330s are on a lease, don’t know what Jet Airways has planned to do with them.

Around 260 pilots also interviewed with SpiceJet according to reports. SpiceJet and lessors were in talks to take over grounded Jet Airways aircraft. We do not know if there is a deal on this yet.SpiceJet as it is may have an abundance of crew due to the grounding of 13 737 Max aircraft. Even Vistara is hiring both Airbus and Boeing commanders at the moment.

Jet Airways was also flying some aircraft on the Minimum Equipment List (MEL). Not all aircraft were grounded due to lessors. Some were also grounded as maintenance was due. Jet Airways has a pay by the hour (PBTH) contract for maintenance. A part of the funds will be used for carrying out maintenance on these aircraft. 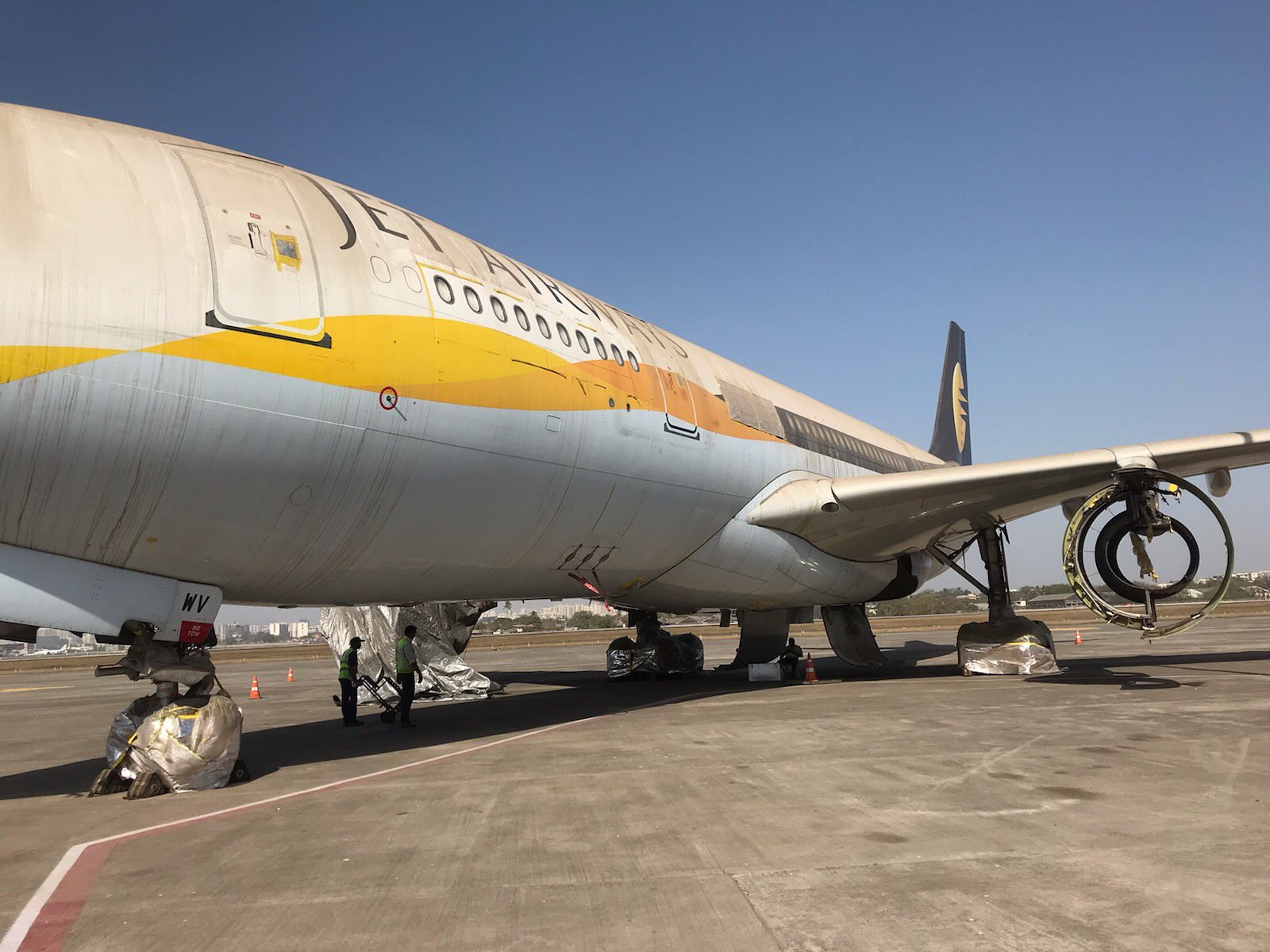 It won’t be easy for Jet Airways to return back to the normal schedule on a quick footing. Jet Airways has a lot on its plate. One of the priority items then is getting those aircraft back in the air so that flight schedules are back to normal at the earliest.

We definitely won’t see Jet Airways operating all routes from the winter schedule at the earliest, as there may perhaps be a network reduction, following redelivery of some aircraft and pilots shifting to other airlines. We don’t know what the route reduction will be in case of domestic operations yet, but are ploughing through the available data to make a picture of what may be in store.

What are your thoughts on Jet Airways road ahead?

« Giveaway: 7 Jet Airways upgrades for travel this week
Fly nonstop to Guangzhou from Mumbai in 2019 »