Since Jet Airways suspended services, there is a vast void created, especially on international sectors. To mitigate this to some extent, British Airways has added 4x weekly 787-9 service to Mumbai from June 2, 2019.

British Airways, which didn’t operate any Boeing 747-400 services to Delhi, has been deploying the Queen on double daily service to Delhi for some time instead of the 777s. So there are chances that you might catch one of the retro liveries in Delhi.

Apart from retro liveries, British Airways confirmed the launch of their new Club World seat back in November 2018 but didn’t share many details. We knew that the new Club World seat would be debuting on the A350-1000 which will be delivered in the summer of 2019. 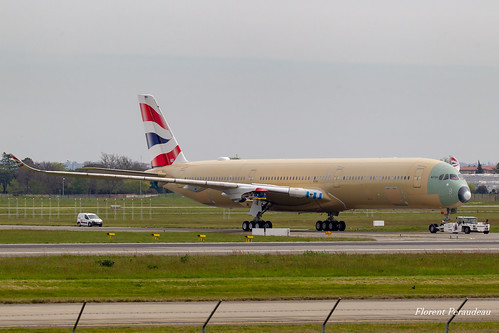 British Airways Club Suite will be in a 1-2-1 configuration with direct aisle access. The Club Suite will have a privacy door, putting the airline in the same league as Qatar Airways and Delta. It is a modified B/E Super Diamond seat. The seat will have forty per cent more storage than the current Club World seat. The Club Suite will have a vanity unit and mirror, WiFi, 18.5-inch IFE screens, high definition gate-to-gate programming, and PC / USB power outlets. The seat will have a 79″ bed. British Airways have tied up with The White Company for bedding. Currently, British Airways deploys a 3-class 777-200 on Bengaluru-London Heathrow route. This will be replaced by a four class 787-9 in the winter schedule. But British Airways is selling the First Class seats as Business class seats on this route. So if you are travelling during that time, you might want to take advantage of a more comfortable seat (1-2-1 vs 2-3-2) at the same price. From January 1, 2020, British Airways will operate a daily A350-1000 service to Bengaluru from London Heathrow. This represents a massive upgrade on the Bengaluru-London Heathrow route both in terms of hard product and seat count.

It was Air India which offered a more superior product onboard its 3x weekly 787-8 flight as compared to British Airways 777. But this will change from the winter schedule with the 787-9 and the subsequent upgrade to the A350-1000.

From December 1, 2019, British Airways will also operate a daily A350-1000 service to Tel Aviv from London Heathrow replacing the 787 on the route.

Bengaluru is receiving a host of A350 flights. Singapore Airlines will debut the new A350-900 with the regional configuration on 10x weekly flights to Bengaluru from May 17, 2019. British Airways will also debut their A350-1000 in India with its new Club Suites from January 1, 2020. Both British Airways and Singapore Airlines A350s represent a huge upgrade in the passenger experience.

Do you fly British Airways between Bengaluru and London? This should be some excellent news for you in the coming days.

« Google Pixel 3a Price Just INR 24K for 3 days only! Cheaper than the US!
Sheraton Brand Transformation comes to Bengaluru »