One of my favourite resorts closer home is the Park Hyatt Goa. I go over at least once a year, and while I did not write about my last trip in 2014, here is a review from 2012 when I went there for the first time. 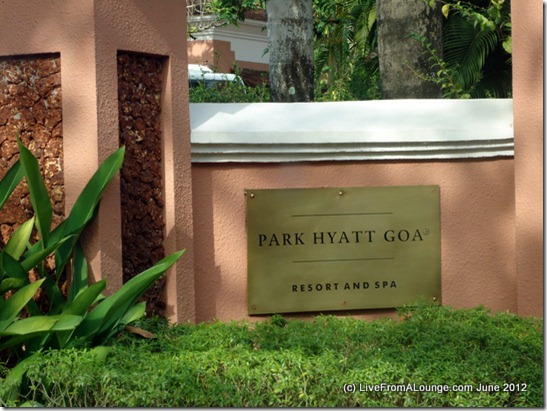 The Park Hyatt Goa Resort and Spa recently changed hands, something that caught me unaware. While Hyatt manages the property, the hotel was owned by a company called Blue Coast Hotels, which is a hotel development company and has many hotels around India including the Park Hyatt Goa and the  Sheraton Chandigarh.

The hoteliers apparently pledged the Park Hyatt Goa property, one of their oldest hotels, to raise loans to build more hotels. However, for whatever reasons, they found the hotel being put up for auction by the lenders IFCI Limited to recover their loans. Just last month, the hotel got sold off to ITC who emerged as the highest bidder.

While the tussle over who owns the hotel continues, since the original owner is disputing the sale, what really worries is me is who will manage the hotel going forward. ITC has its own Hotels company, which builds and manages hotels. They have a collection of Luxury Hotels which go under the chain’s flagship hotel brand called ITC Hotels, and are sold in a marketing arrangement with Starwood as well. These hotels also participate in Starwood Preferred Guest program.

When I talked around to find out more, I however haven’t found anyone yet commenting on the fact that the hotel may be rebadged in the near future with a new management company taking over. I’m personally hoping that ITC Hotels continues to honour the agreement with the Hyatt chain, as this is Hyatt’s flagship hotel in India and perhaps one of the best leisure properties in the country.

So, my dear readers, the question is, will this be a Hyatt or a Starwood going forward?

Just to dispel any speculation, the hotel is continuing to operate as a Hyatt resort at the moment.