Vistara is very close to picking up the keys for their first Boeing 787-9 aircraft at Boeing’s Everett Delivery Centre this week, and fly away to Delhi Airport with it. A product reveal will subsequently follow before putting the aircraft into commercial service. Yours truly is in Seattle at the moment to get a look at the plane before it heads out to Delhi.

The airline will first put the aircraft on domestic flights to help their crew, and paying passengers to experience the plane before it heads into international service to London or Tokyo.

We already know a few things about the new aircraft Vistara is inducting in their fleet. Vistara currently has 6 confirmed 787-9 aircraft, and the first two of these will be delivered by March 2020. All these six aircraft are going to be delivered with the GEnx engines, which steers them clear of the troubles being witnessed with the Rolls Royce Trent engines. Vistara CEO Leslie Thng already told us, that the aircraft would be configured for an 8-10 hour flight, which means there will be no crew bunks on the plane and the airline should be able to operate these with a single set of crew.

Recently, Vistara also sealed up the wifi deal, and a quick look at the top of the Boeing 787s of the airline reveals the radome for Internet connectivity. Not just that, Vistara has already signed up with Panasonic Avionics for their in-flight IFE solutions. This will include the ARC and Games platform. Arc is a personalised 3D inflight map application which will launch with Vistara and will consist of capabilities such as tracking the entire Vistara fleet in realtime, and not just your aircraft. Have a look at this enclosed video to see what all abilities come in with the Arc platform.

Vistara is also a customer of the gaming solution from Panasonic, which means the Tetris and Sudoku installations are passe. Expect to play games from content studios such as Gameloft, and action strategy games such as League of Legends.

Which brings me to the LOPA discussion. LOPA is the seat map for you but is the layout that airlines finalise before the aircraft assembler puts the seats in a desired layout and configuration. Expect the seats to be top-notch quality. Just for fun and games, I put out various options to my Twitter followers to pick their seat choices.

Alright. Now that the Vistara 787 is almost set to be delivered, tell me which of these Business Class Seats would you all like to see inside their 787-9. If there is another one you can reply tweet that one as well. #PaxEx pic.twitter.com/YF9HNl8qjx

The choices I offered were some of the usual ones popular with airlines at the moment, including configurations such as reverse herringbone (a la Cathay Pacific and British Airways Club Suite), business class with doors (a la Delta). All the options seemed to be popular with airlines for various reasons.

Many people, including me, believe that Vistara will go with the Stelia Aerospace Symphony seats for the Business Class product. My reasoning is two-fold. Firstly, Singapore Airlines has already experience with these seats, being the launch customer and having installed them on their 787-10s (read my review here). Even Turkish Airlines recently started to put these on their 787-9 aircraft being inducted since 2019.

Secondly, as @KaranAtALounge believes, could be the pricing that could be coming in due to the Singapore Airlines order and connection. I expect a 30″ wide seat with a 60″ pitch, with all the space between Doors 1 and 2 taken up by Business Class. For Premium Economy, I expect a hard-shelled Premium Economy product with fixed armrests, which is something that many airlines such as Cathay Pacific and American Airlines already have on their aircraft. Service would be high-touch, closer to Business Class than to Economy Class to justify the “Premium” in Premium Economy. A 19″ seat width with a 38″ seat pitch, which is the universal standard of sorts for Premium Economy should be included, and the seats would be more like a 2-4-2 configuration I believe. 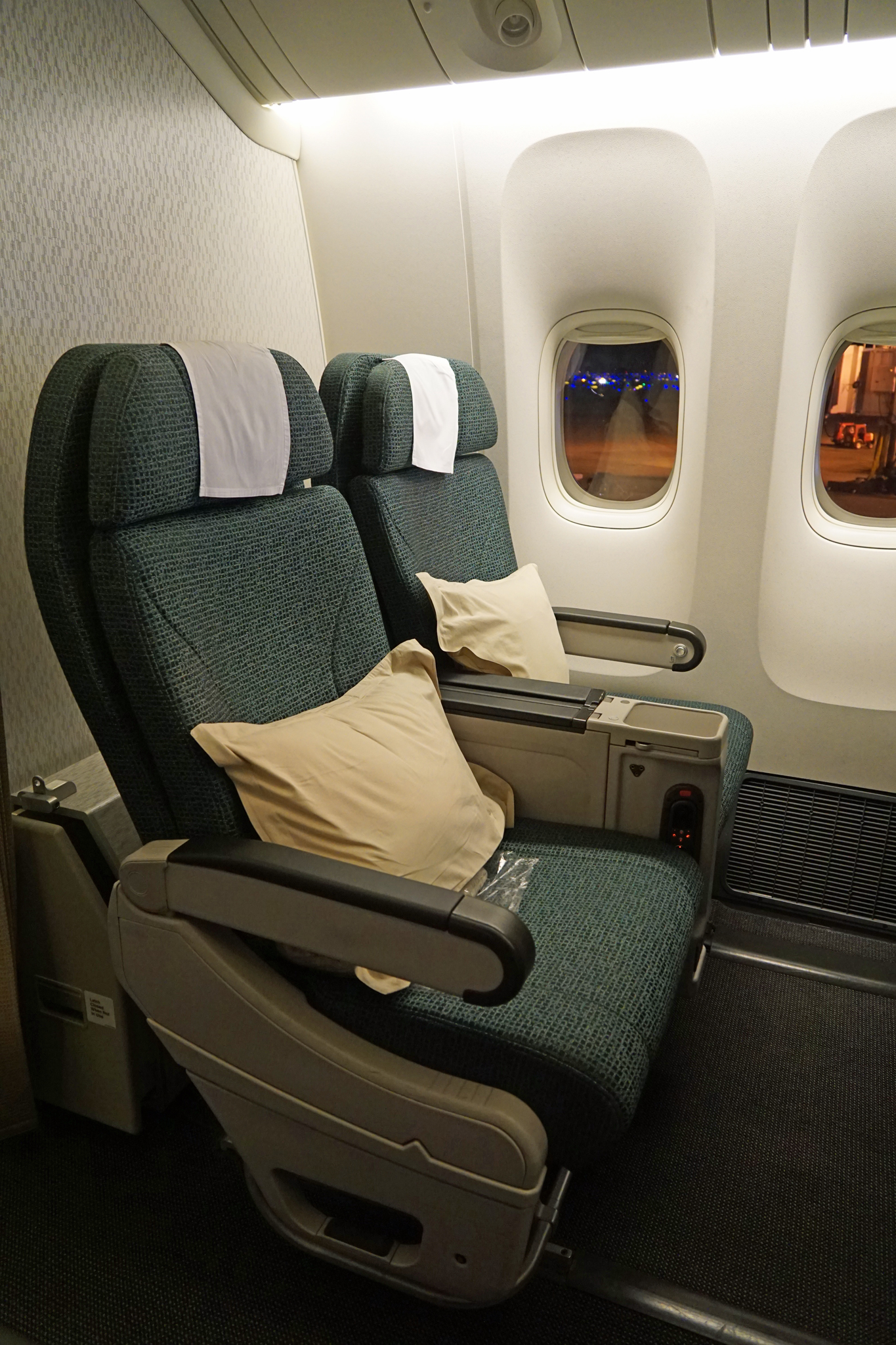 Now, I am not privy to the LOPA, and Vistara has been extremely tight-lipped about it. But my guess is the seats will come in the following count:

For their long haul missions on the 4 options they will perhaps confirm later, Vistara may choose to keep the same seats or change them depending on customer feedback, but I’d expect a bigger Premium Economy cabin for sure.

Also, it won’t be far fetched to believe the airline may offer to pre-book of Business Class meals, although if they end up providing a Book The Cook service, that would be a rabbit out of the hat. No Classic Lobster Thermidor, but a nice Butter Chicken and Naan on the flight maybe?

What do you think will be inside the Vistara 787-9s? I am curious to hear other opinions as well.