Japan Airlines has been pretty intensive on the India opportunity of late. Not just have they partnered with Vistara as a codeshare partner, after their long-standing flight between Delhi and Tokyo Narita, the airline has now moved to accept bookings for the Bangalore – Tokyo Narita flights, which will be launched in the Summer 2020 schedule. However, Japan Airlines has made another interesting change to their schedule today, which will impact their 2020 flights. As per AirlineRoutes, Japan Airlines is moving their Delhi – Narita flight operation to Tokyo Haneda on March 29, 2020. Their 787-9 flights will operate with the following schedule:

This flight pair will replace JL749 (NRT/DEL) and JL740 (DEL/NRT). The impact on the time of arrival and departure from Delhi airport is going to be minimal in this case. Like you can see below in the screen grab, if you arrived into Delhi mid-March 2020 and departed from Delhi on March 30, 2020, you would arrive and depart from two different airports in Tokyo. For those who don’t know, Tokyo Haneda is the airport closer to the city. This is a good move for passengers to and from Delhi because JAL is also moving a lot of their American connections over to Tokyo Haneda in the coming Summer 2020 schedule. This would include Honolulu, Chicago O’Hare, Dallas Fort Worth and New York flights. 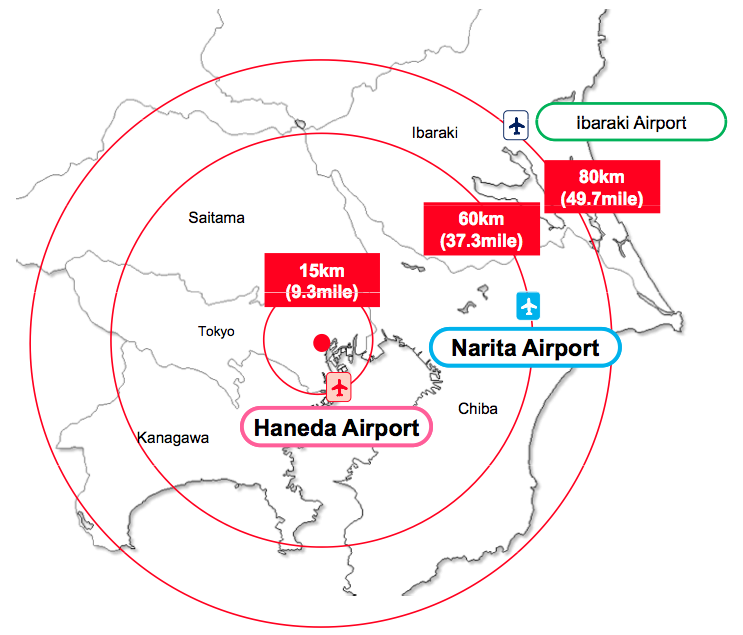 The move will not impact the launch of the Bengaluru – Tokyo Narita flight, which will still proceed with the launch from Tokyo Narita at the moment. JAL had only received 0.5 slot approval to operate India flights, and they had the liberty of choosing the route they would fly with this India slot, and whether to arrive or depart in this daytime slot.

Henceforth, this would mean that Air India/ANA would continue to be based at Tokyo Narita, given their Star Alliance common bond, and JAL would be in a more advantageous position due to the launch of the flights from Tokyo Haneda, which might give them an edge with the business passengers. Don’t forget, ANA still has a 0.5 Haneda Slot to operate an India flight, but we don’t know if this would be the Delhi flight or their recently launched Chennai flight. I would hope it would be their Mumbai flight.

There is a 0.5 slot available to India as well, which I hope the new operator of the 787-9 from India, also a JAL codeshare partner, will lay their hands on for a morning arrival into Tokyo from India.

What do you think of this move from Japan Airlines? Will you choose Haneda over Narita for your Japan trips, or is it the cheapest fare that counts?