The mojo of unveiling the newest aircraft from the Boeing stable, the 777X was taken away by the unfortunate incident relating to the Ethiopian Airlines 737 MAX 8 over the weekend. Boeing had planned an employee unveiling of the aircraft on March 13, 2019, and an event with the global media on March 14, 2019.

The newest Boeing aircraft, which would even be the biggest twin-engine jet from the Boeing stable, was revealed to Boeing’s Washington-based employees yesterday night India time in a sobering ceremony, while the media event for the reveal has been postponed for the moment. 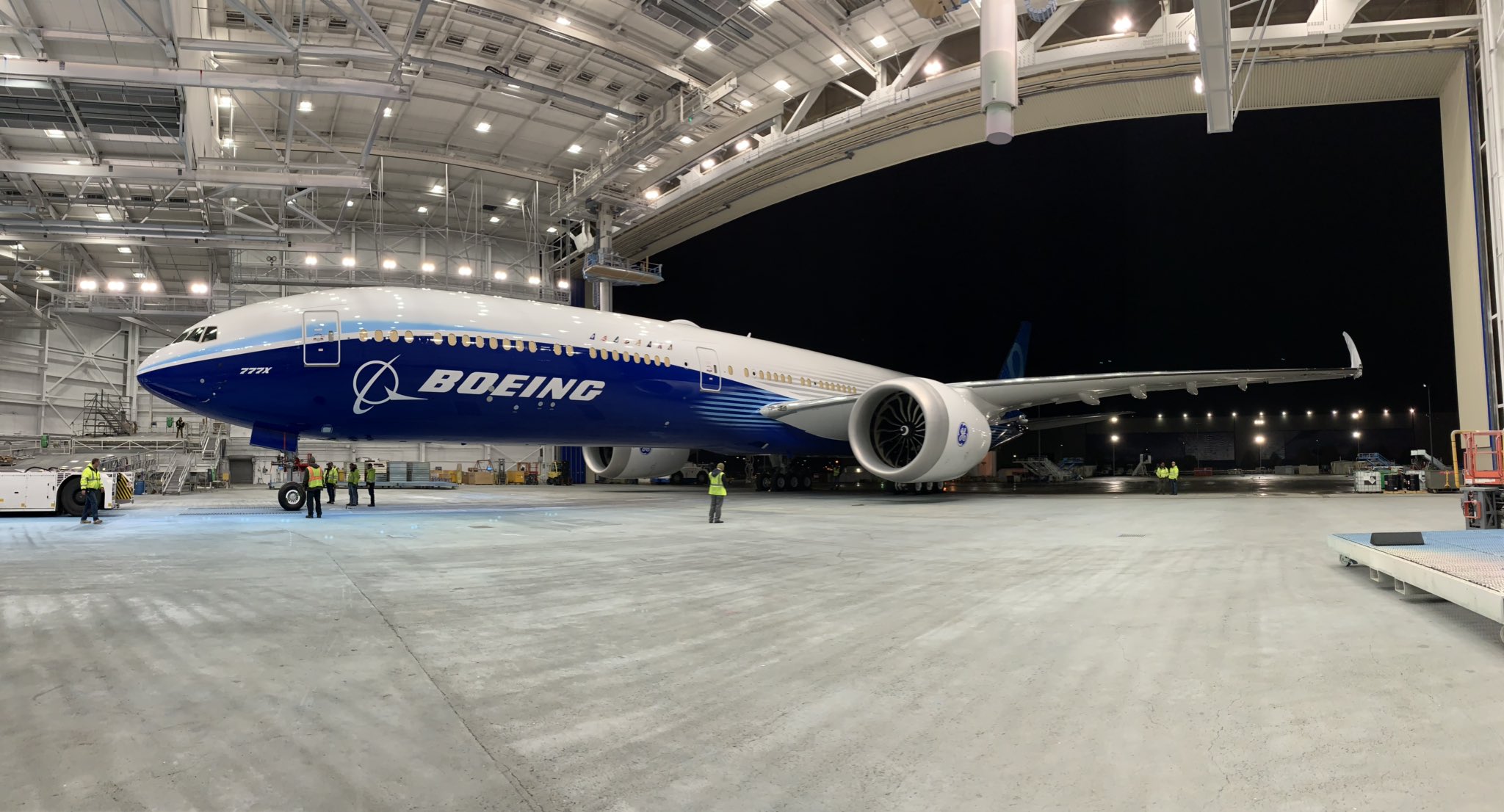 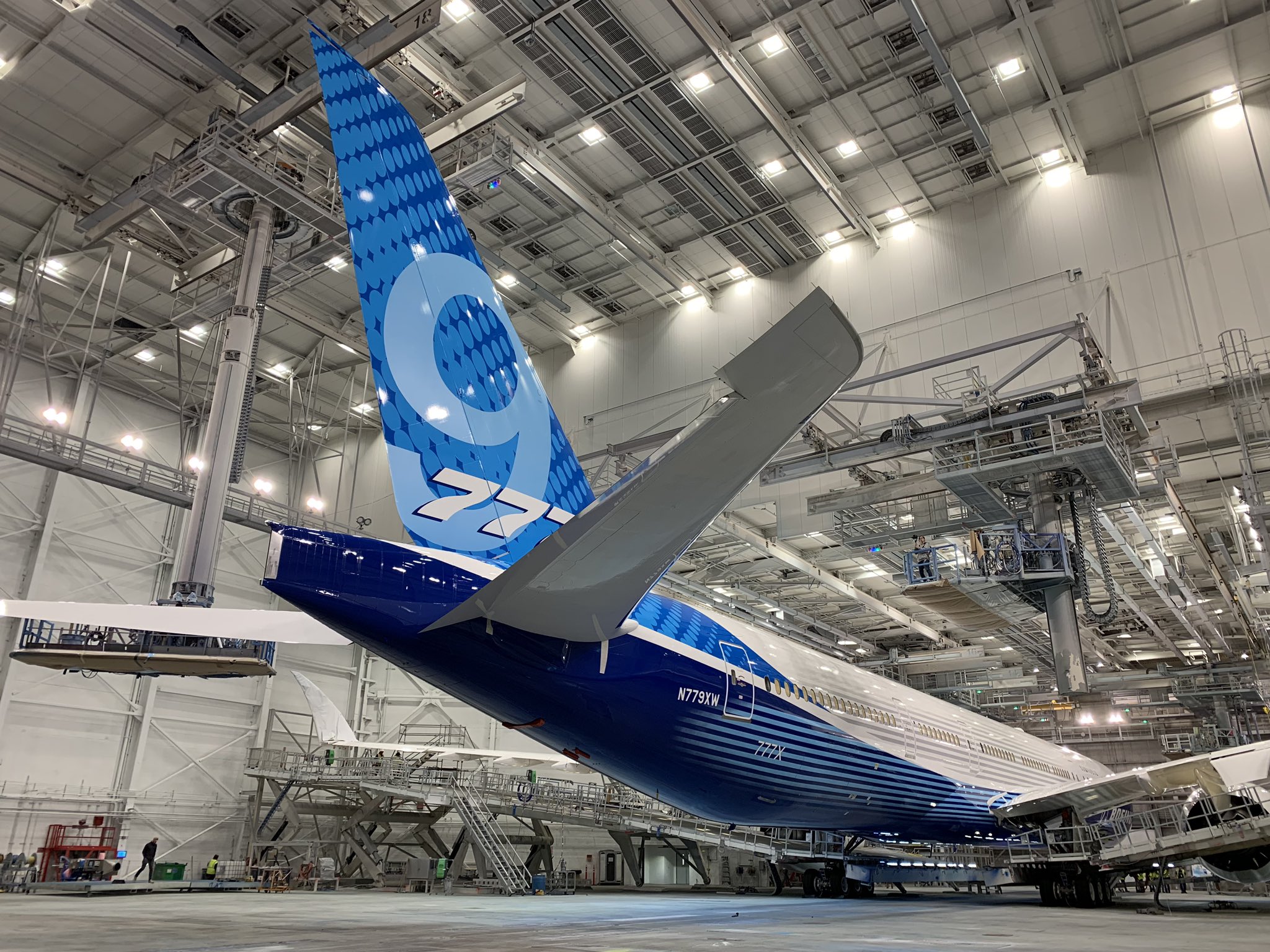 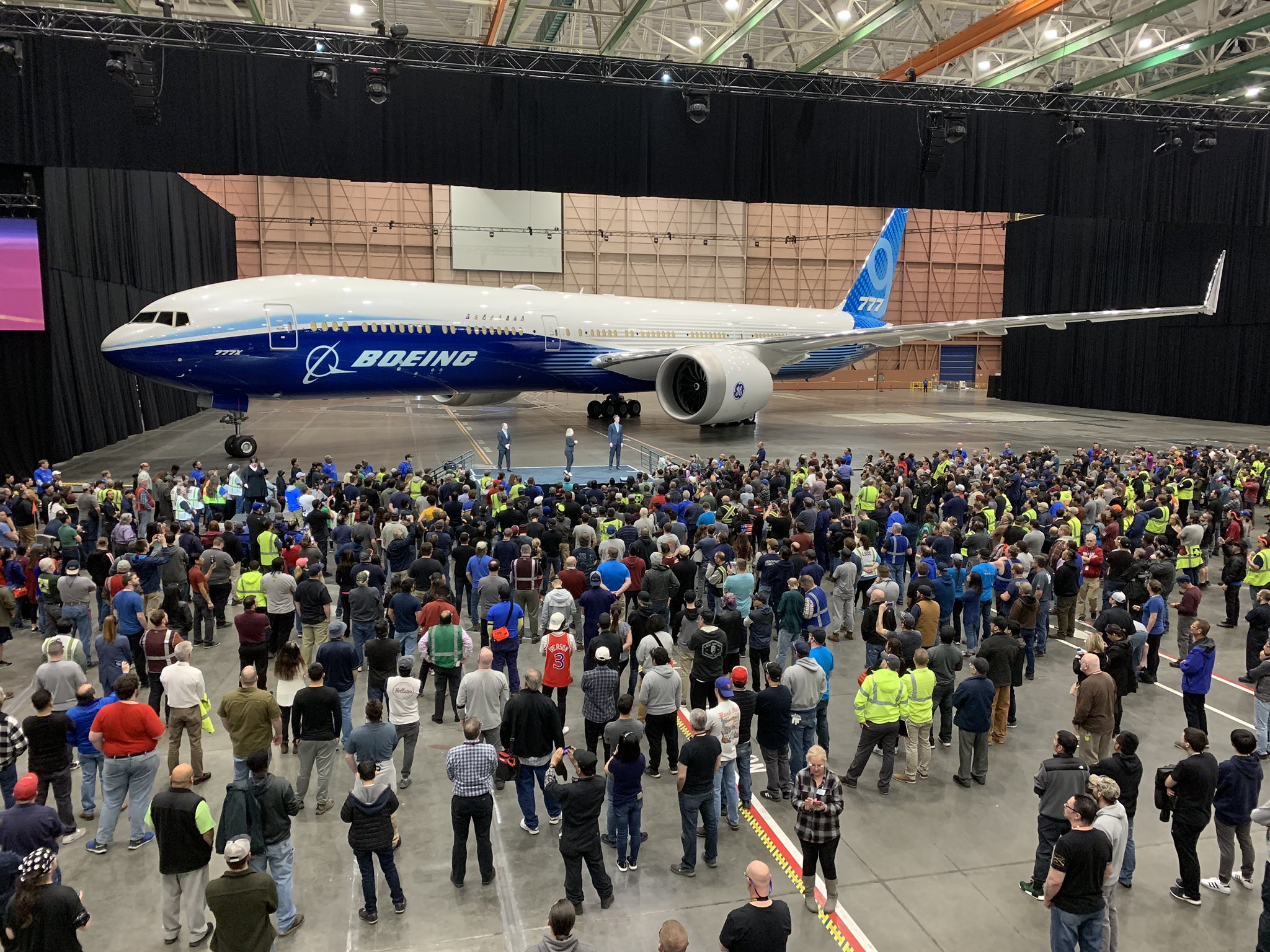 Here is a look at the massive engines the GE9X, which will be the sole engine supplier for the Boeing 777X 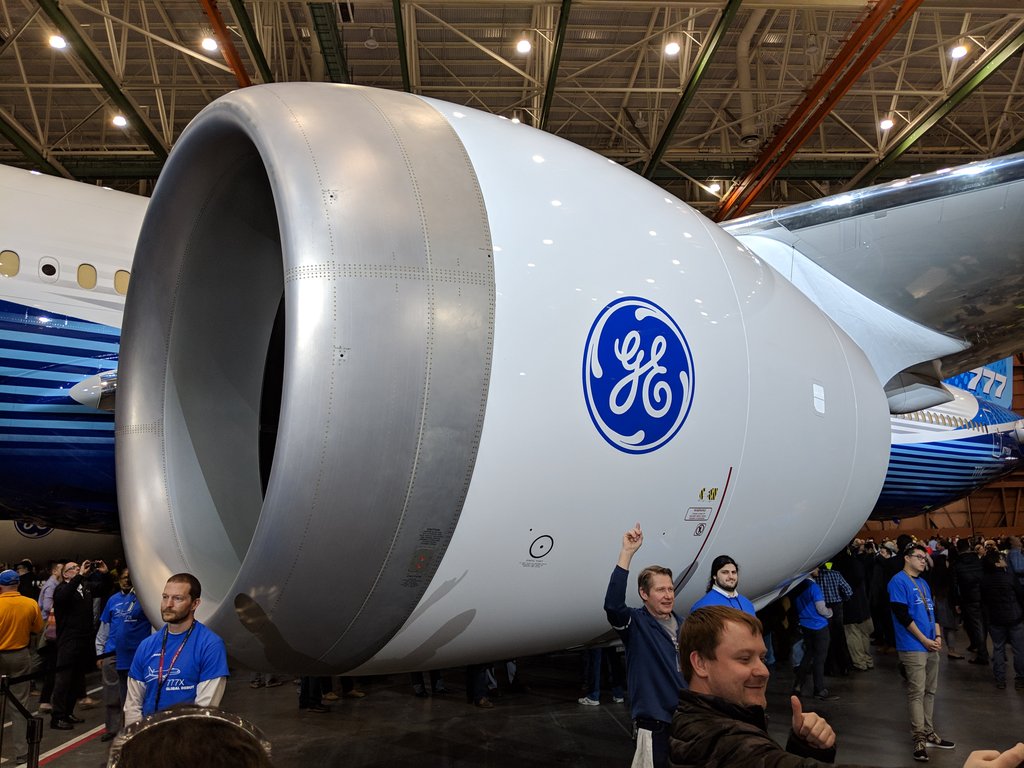 And here is a look at the foldable wing. The 777X will be the first aircraft in the world to have a foldable wing, although for the test aircraft, they will be locked in this folded position for good.

The Boeing 777-9 is the longest aircraft in the world and should be able to fly 400 people and fly them 7,600 nautical miles. It will enter service next year. The second and smaller family member, the 777-8, will be constructed a couple of years after the 777-9 enters service. The 777-8 will be able to fly about 8,690 nautical miles with about 365 passengers on board, and will eventually succeed the Boeing 777-200LR.

The 777X test aircraft, registered N779XW, will be now proceeding for ground tests, before taking to the skies for rigorous testing.

Boeing already has an order book of 358 777X aircraft. Emirates, Lufthansa, ANA, Cathay Pacific, Etihad, Qatar Airways, Singapore Airlines and British Airways are all waiting up to induct the 777X in their fleets.

Here is hoping I will be able to report back from the Boeing 777X personally very soon. Till then, enjoy these pictures.

« Air India rejigs and cancels some USA & Europe routes due to Pakistan Airspace closure
Changi Airport to inaugurate The Jewel on April 17, 2019 »